Looking for an adventure or just want to relax? - Discover the endless possibilities for a vacation on Fischland-Darß-Zingst 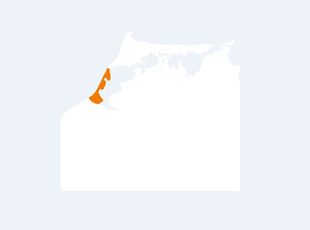 On the Fischland one might feel like beeing on a small island: Only a few meters separate Baltic Sea and Bodden, which makes it possible to see from one stretch of water to the other. The Baltic Sea spas Graal-Müritz, Dierhagen and Wustrow are located on this part of the peninsula.
read more 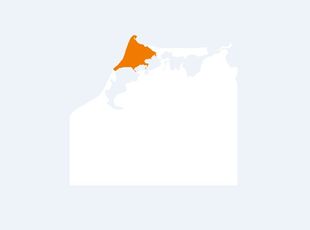 The Darß is the largest area on the peninsula Fischland-Darß-Zingst. Bis parts of it are under conservation and belong to the Vorpommersche Boddenlandschaft National Park. What you will find here are untouched woods, natural beaches and plenty of room for outdoor activities.
read more 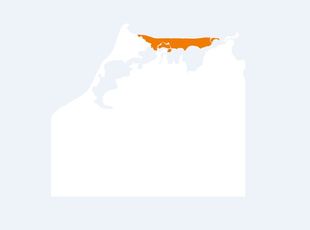 The former island Zingst is the eastern most part of the peninusla. Surrounded by the national park´s islands Kirr, Bock and Werder Zingst is the place for nature photography. Unsurprisingly, the big photography festival that takes place in the Baltic Sea spa Zingst addresses environmental issues.
read more 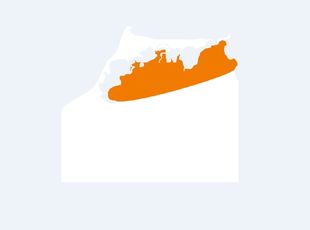 When you visit the Fischland-Darß-Zingst region there is not only the Baltic Sea coast awaiting you. The southern Bodden coast has a lot to offer too. You can go for a swim in the Bodden, sail on one of the traditional Zeesboote, or kitesurf. You can also go for a bike ride and visit the cities Barth and Ribnitz-Damgarten or the small villages along the coastline.
read more

The Vogelpark and Recknitztal region is the ideal place for prolonged hikes, bike trips, canoe adventures on the river and many other things. You can also visit many colorful birds and other animals in the Vogelpark, which is a zoo near Marlow.
read more 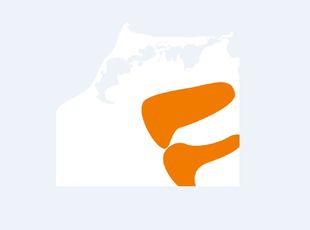 The area called Vorpommersche Waldlandschaft is located between Stralsund and the Vogelparkregion Recknitztal. Its most prominent feature are the huge woods that also give the region its name.
read more 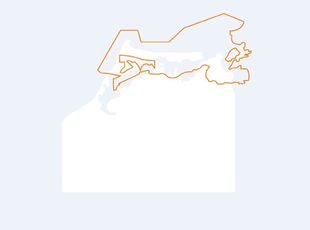 The Vorpommersche Boddenlandschaft National Park exists since 1990 and impresses with its unique nature and its animal inhabitants and visitors.
read more

you need to experience

Find the perfect place to stay while visiting the Fischland-Darß-Zingst region! 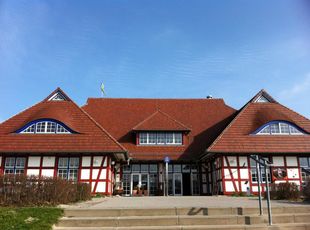 ...visit the lagoons of the Baltic Sea 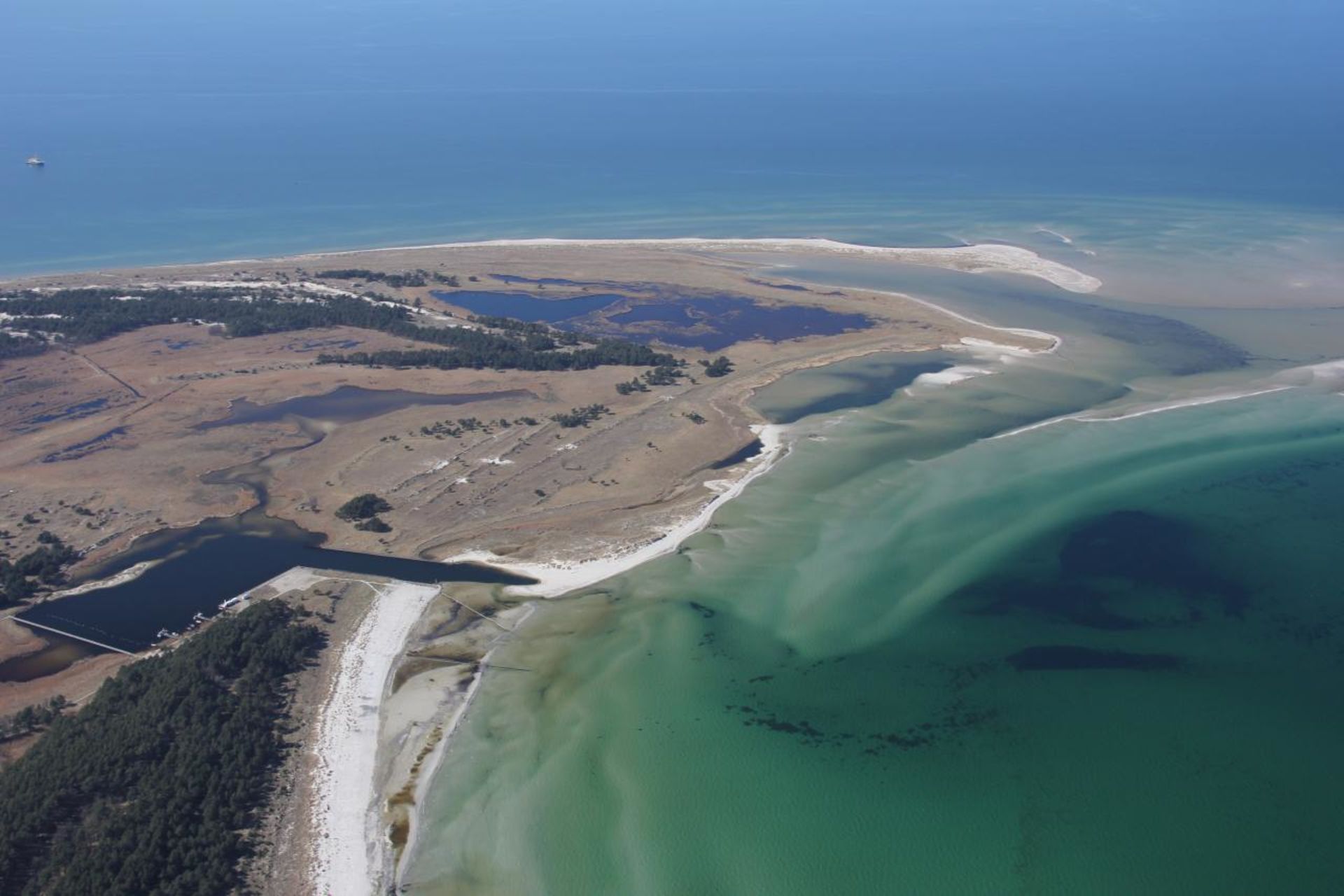 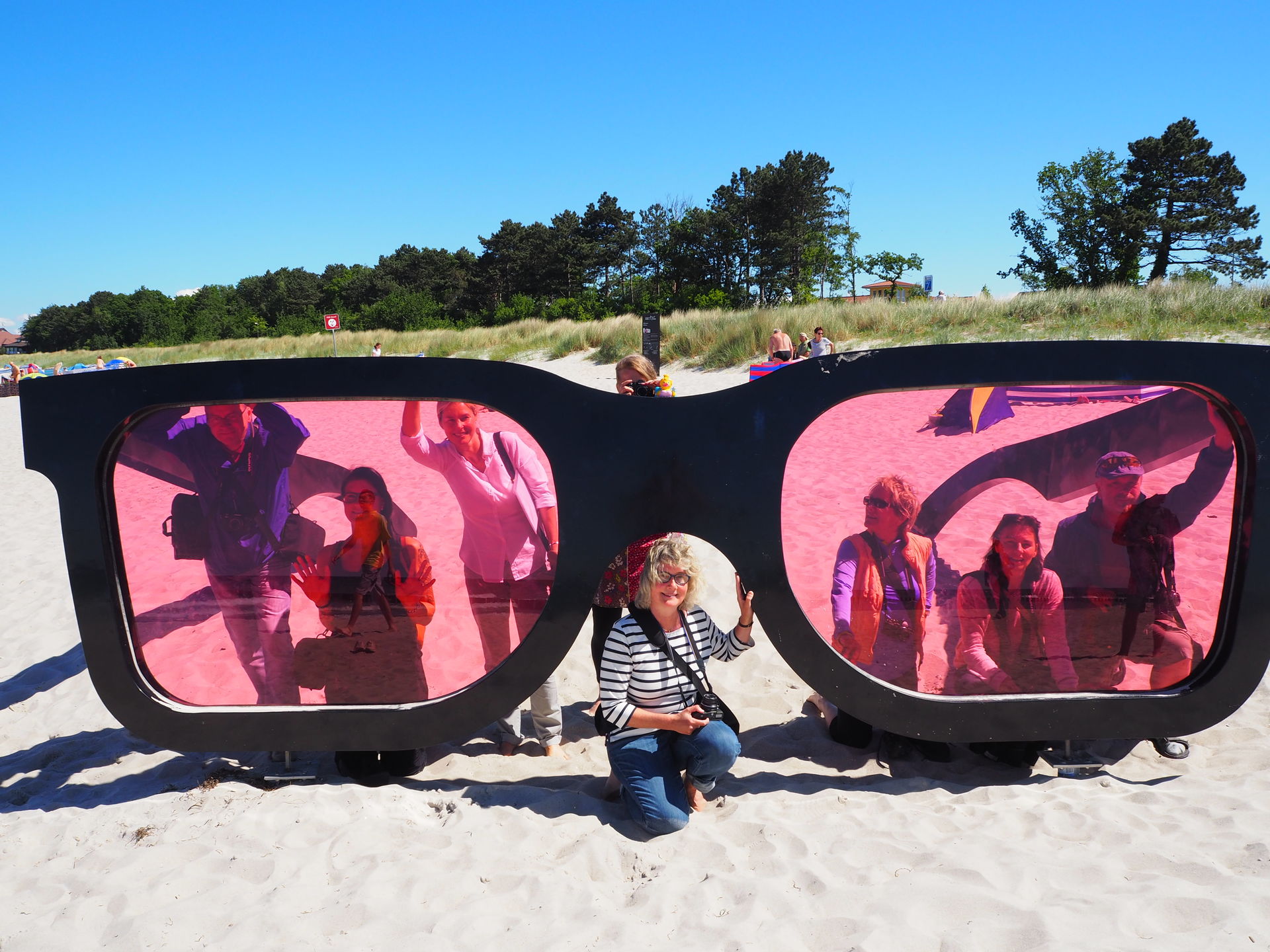 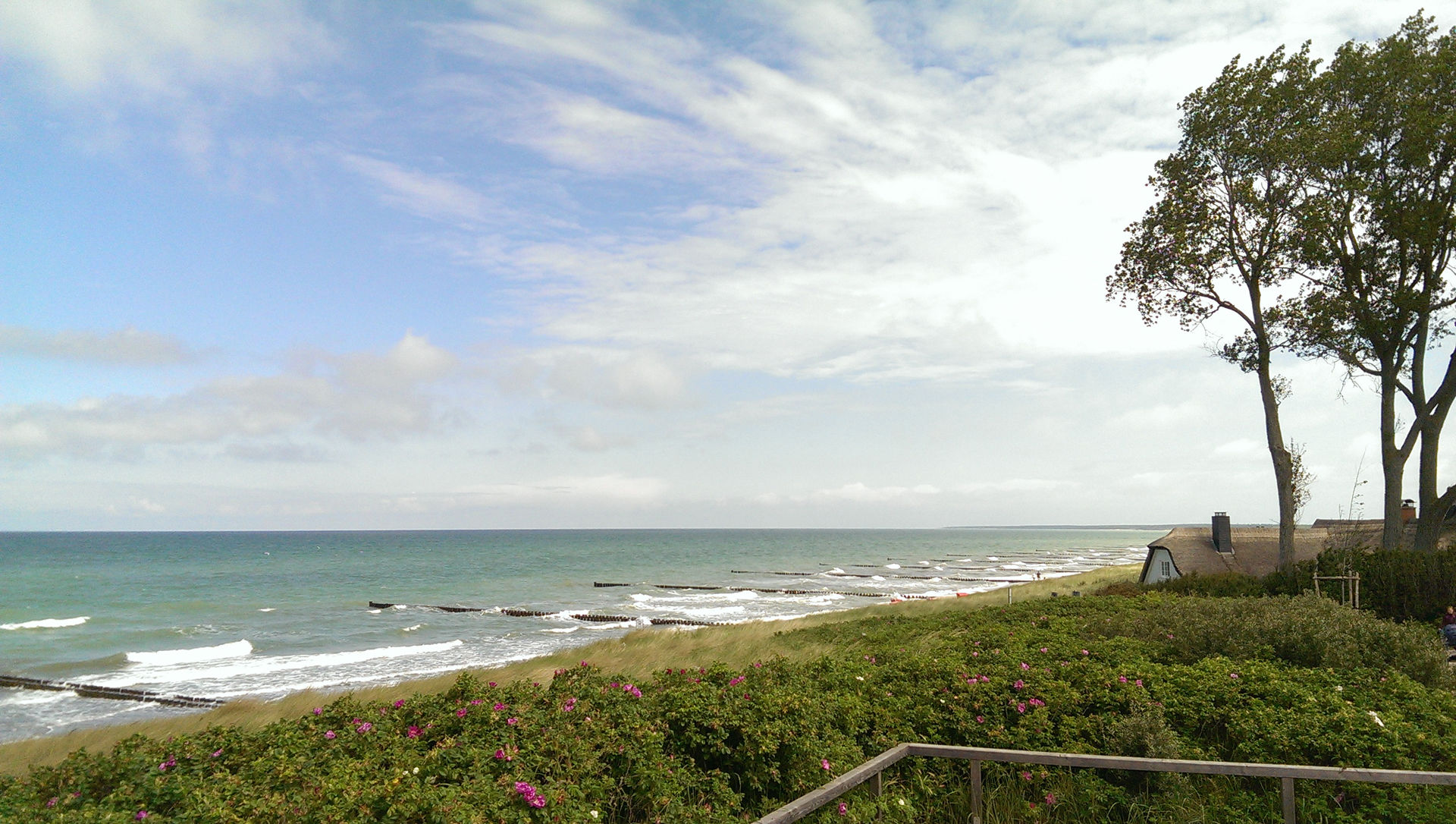 Relax on the beach 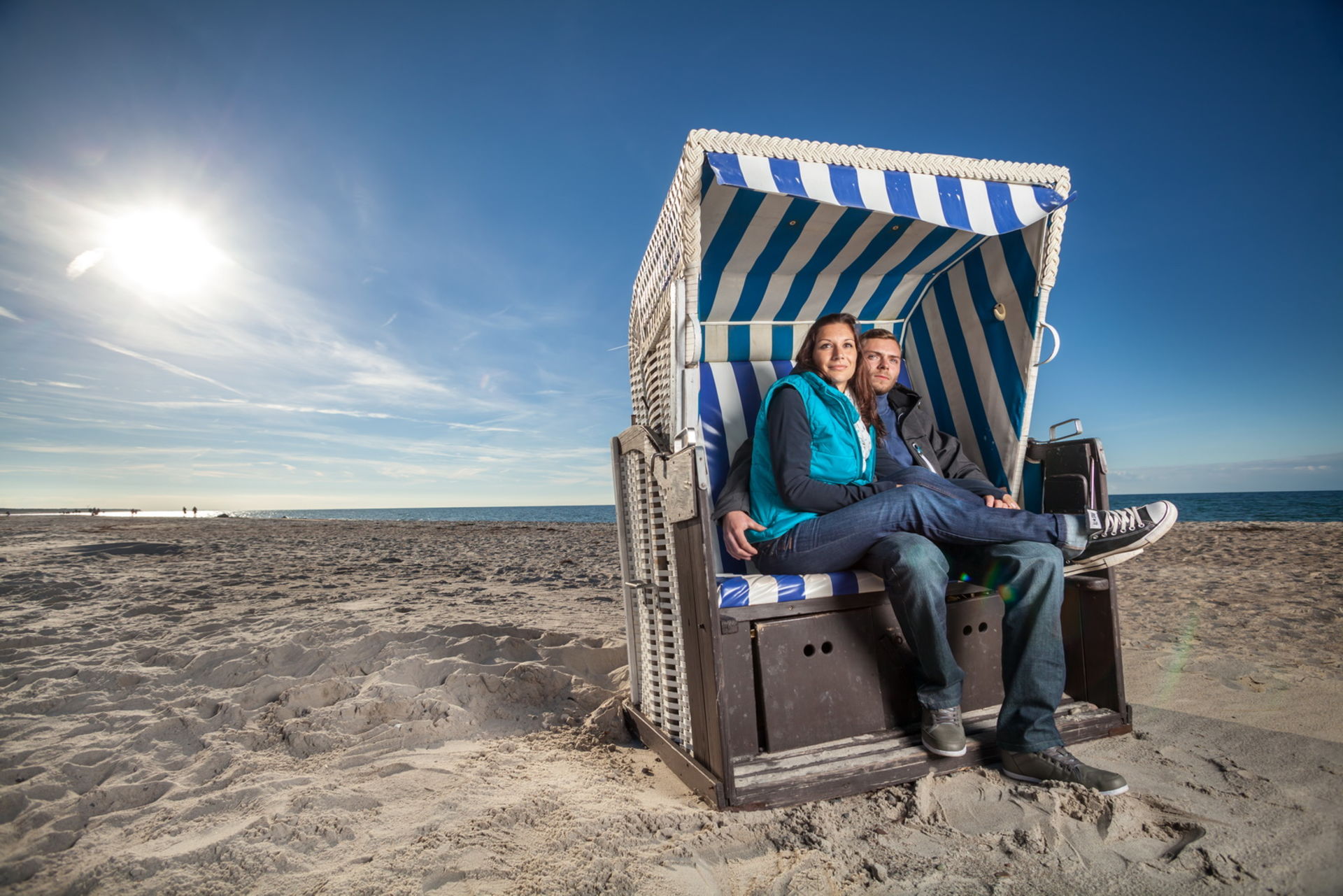 Discover the "Gold of the Ocean"

...in the Amber City Ribnitz-Damgarten 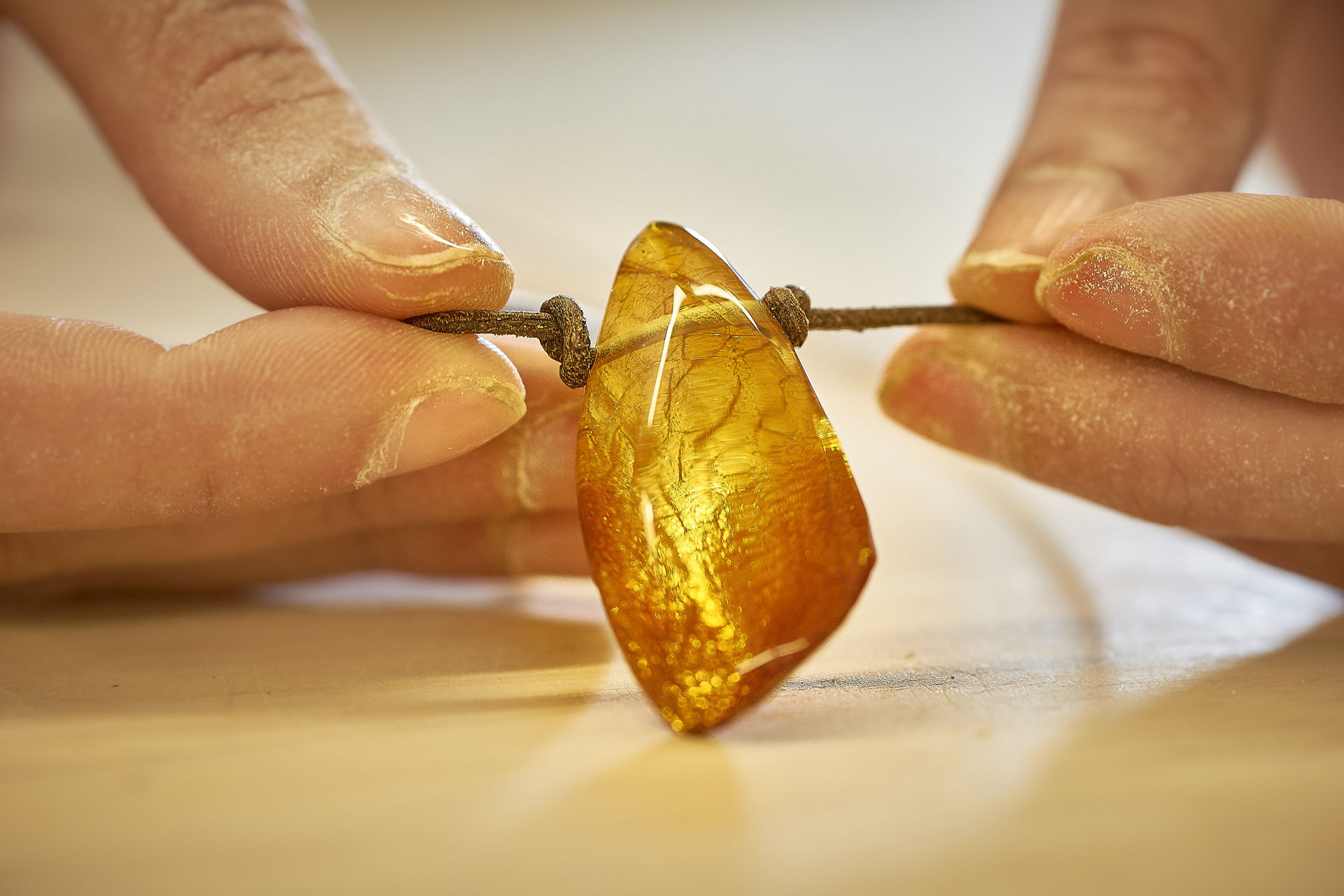 Learn more about the Recknitztal region 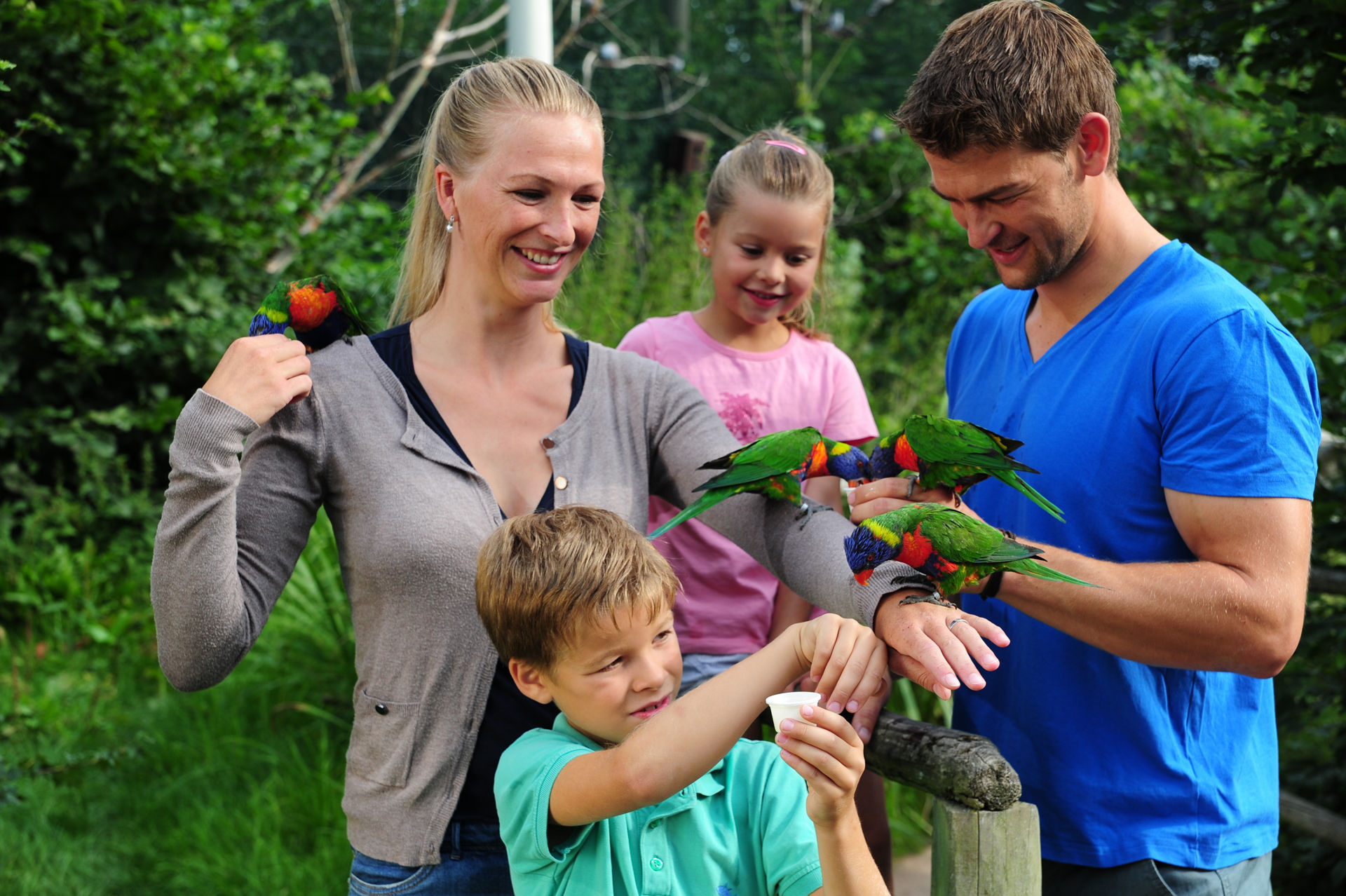 The most beautiful beaches 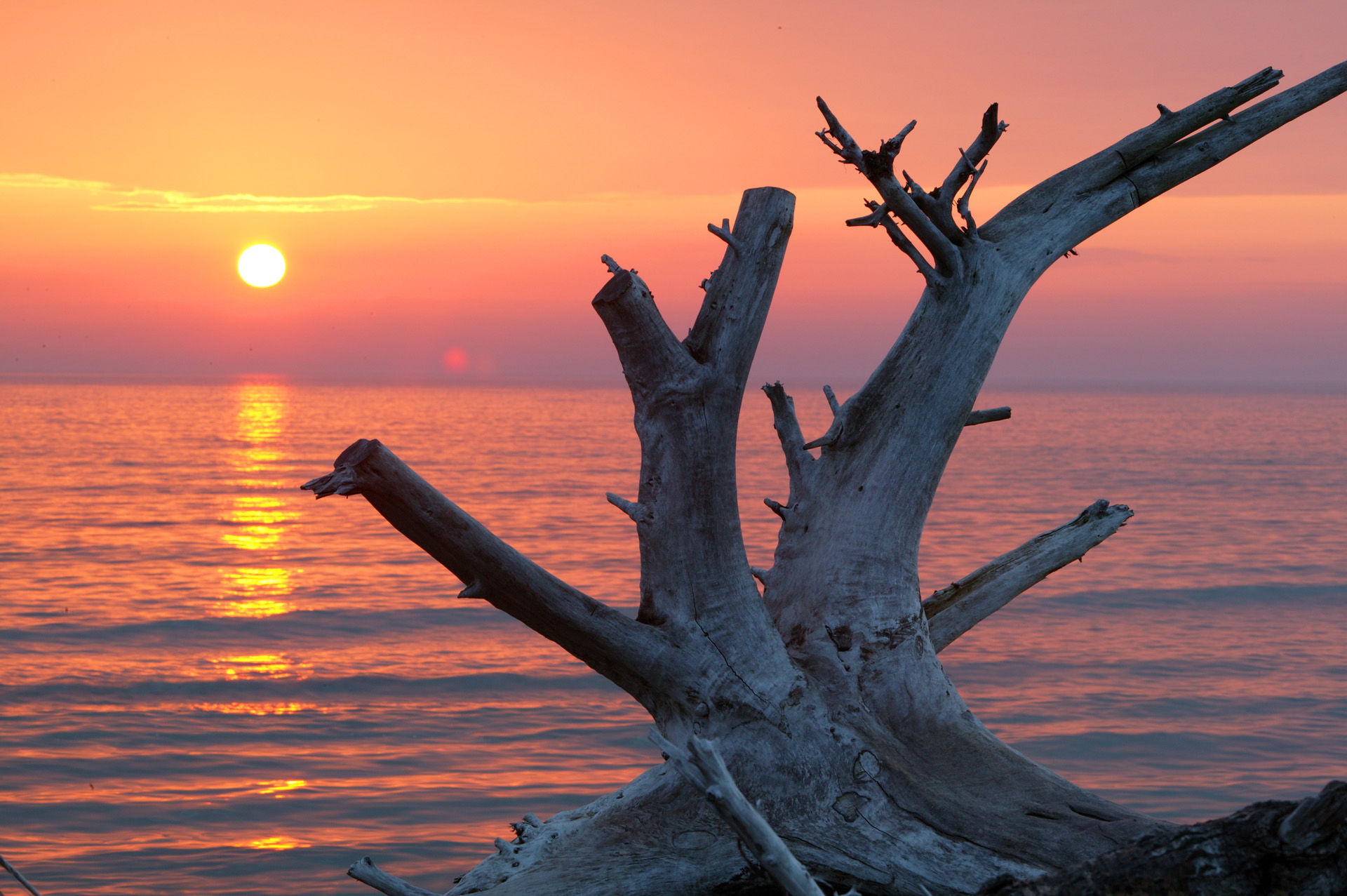 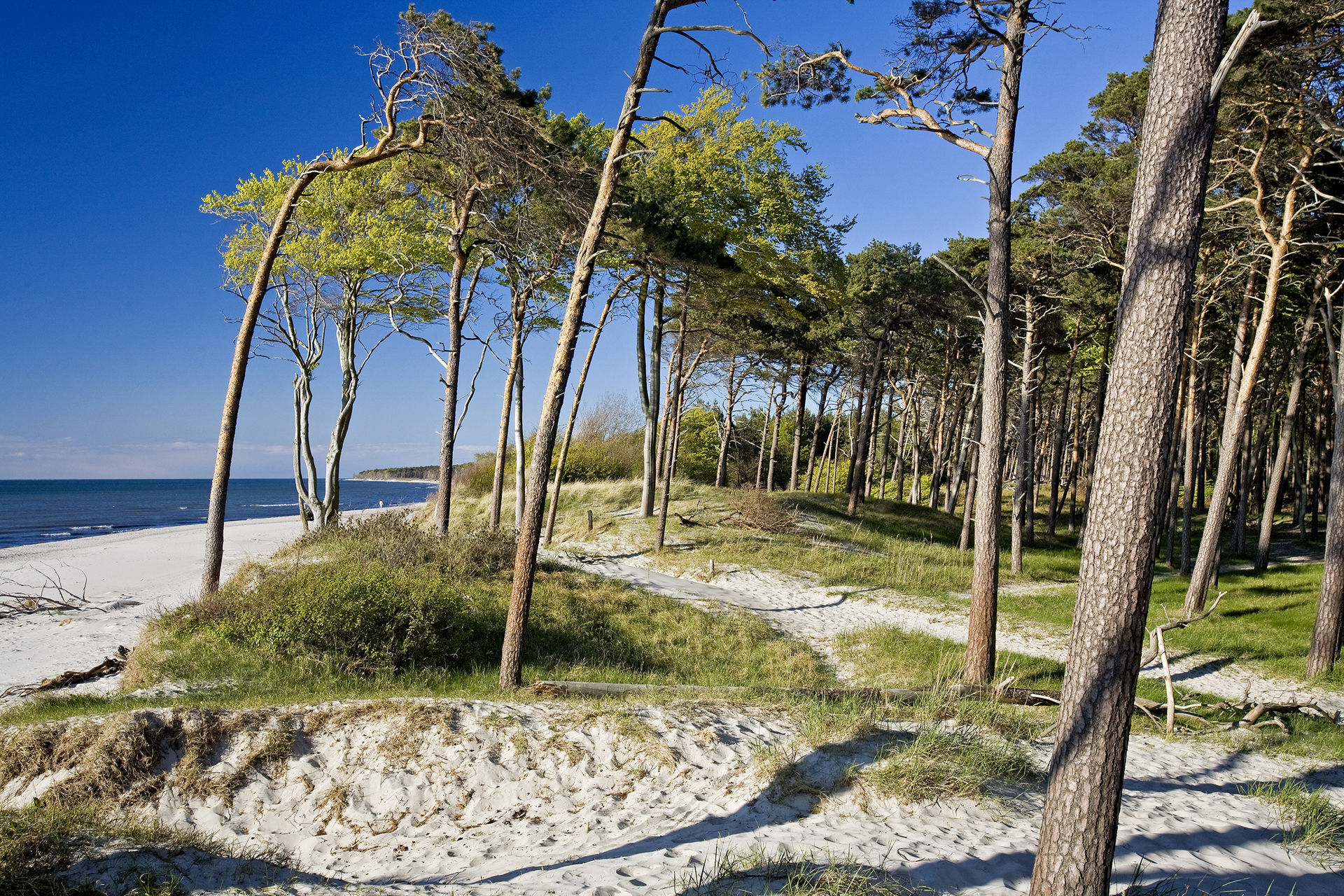 You are on this position:

Above all, the Fischland-Darß-Zingst region captivates with its diverse coastline, which does not only include endless, sandy beaches, but also steep cliffs and the untouched, rough Weststrand. The latter is located in the national park Vorpommersche Boddenlandschaft, which is the largest national park in the Baltic Sea area and entices visitors with its pristine nature.

But there is more to the peninsula than that. The people living in the Fischland-Darß-Zingst region cherish the old customs, traditions and the unique craftsmanship of the area. Thanks to several local associations they are preserved and made to come alive for locals and visitors alike. Therefore, one can watch riders try to knock off a wooden barrel hanging high in the air at the so called Tonnenabschlagen, or go sailing on one of the traditional sailboats, the Zeesboote, in the little harbors of, for example, Dierhagen, Ahrenshoop and Zingst. Real eye catchers are the colorful doors that adorn many of the houses in the area called Darß. The “Darßer Türen” are still handmade in one family-run joinery in Prerow and are reminders of the peninsulas maritime past. Furthermore, there is the old “Salzstraße” on which salt was transported from one saline on the mainland to the coast. It still connects the Recknitztal region with the peninsula and, thereby, passes through the city Ribnitz-Damgarten, which has the byname amber city. The golden-brown stone also played an important role in the peninsulas past and still can be found along the coastline after a storm. 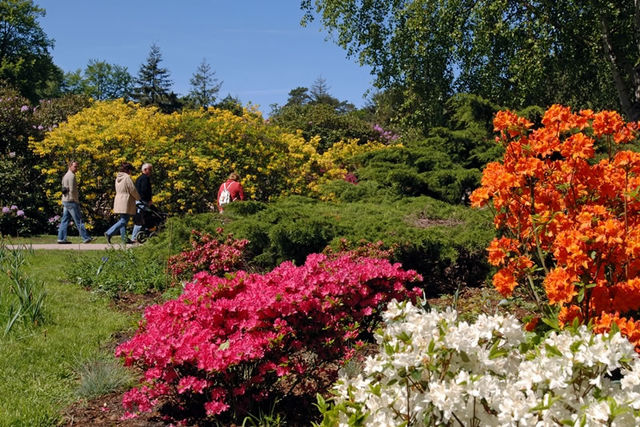 Graal-Müritz entices with its charming atmosphere and a diverse landscape. 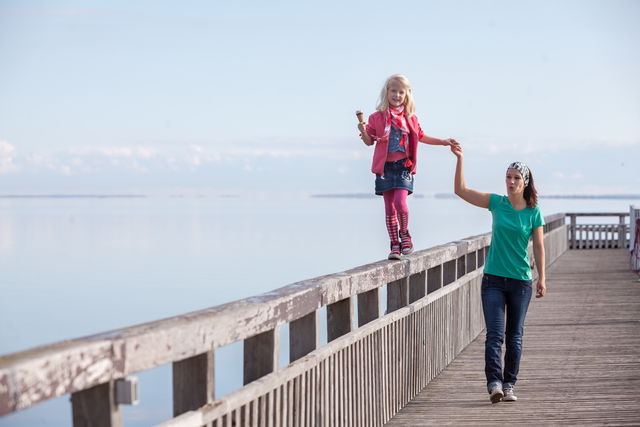 Dierhagen consists of six districts, which all have their own appeal. 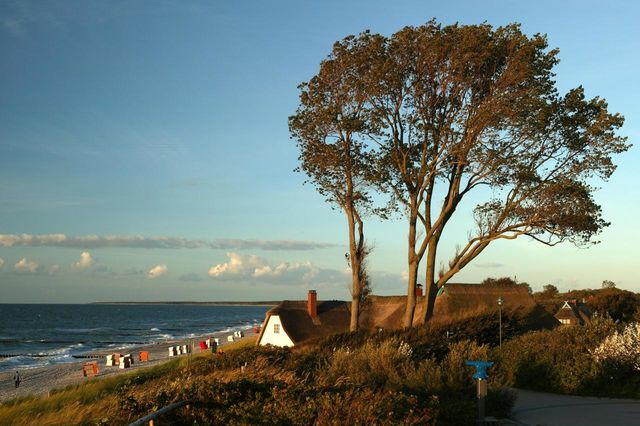 Thanks to its location between the Baltic Sea and the Bodden there are special light conditions in Ahrenshoop. 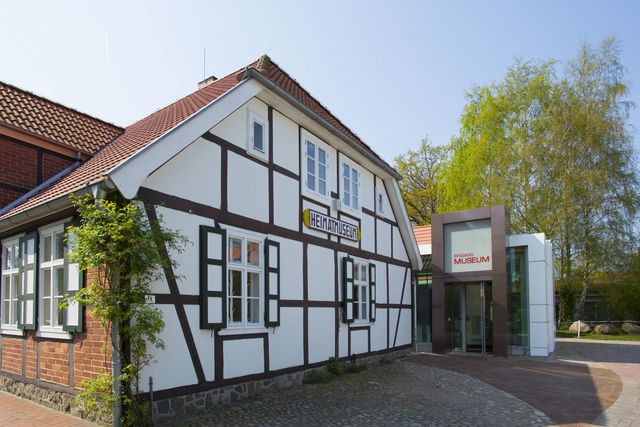 Zingst is nestled between the Baltic Sea and the Bodden and is located in the middle of the national park. 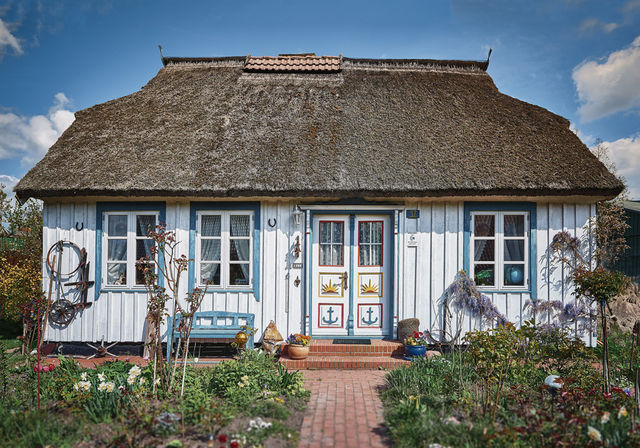 Among water, woods and lush meadows you will find Born, which is an officially recognized resort. 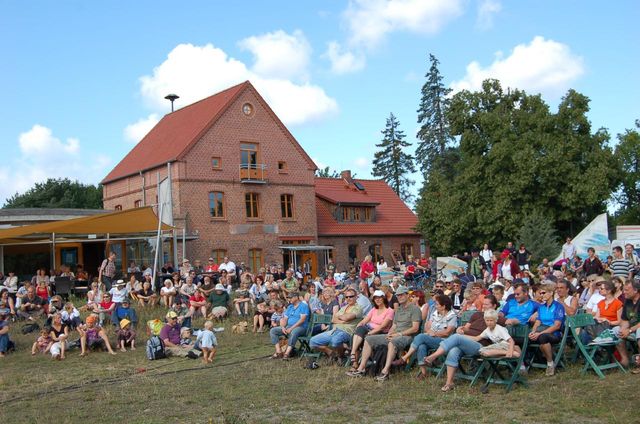 Wieck is located at the shore of the Bodden and is surrounded by beautiful nature. 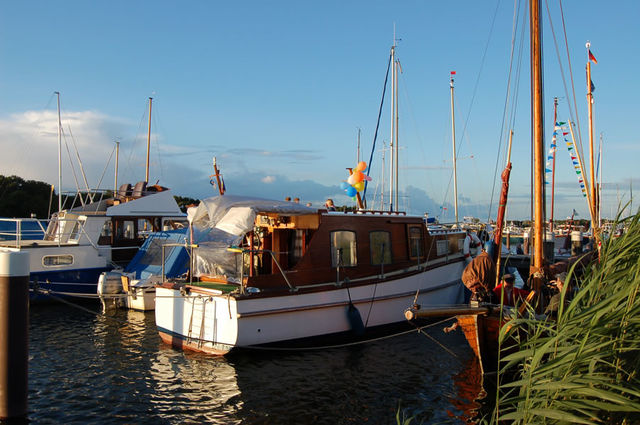 Prerow is a former fishing and nautical village and has been a bathing resort for 130 years. 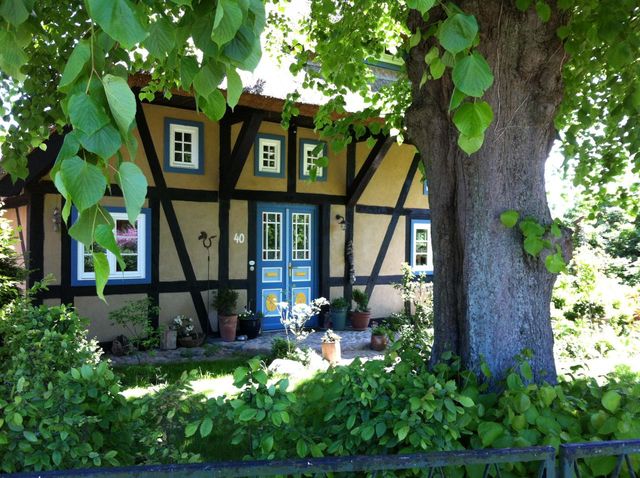 Wustrow has it all: a sandy beach and a cosy Bodden harbor. 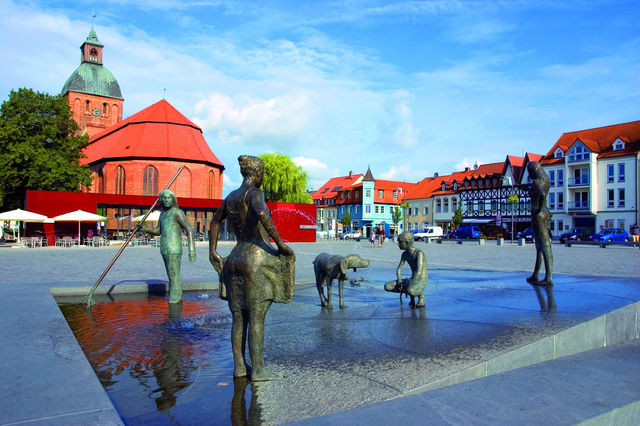 Ribnitz-Damgarten is also called the Amber City, because the golden-brown stone is omnipresent. 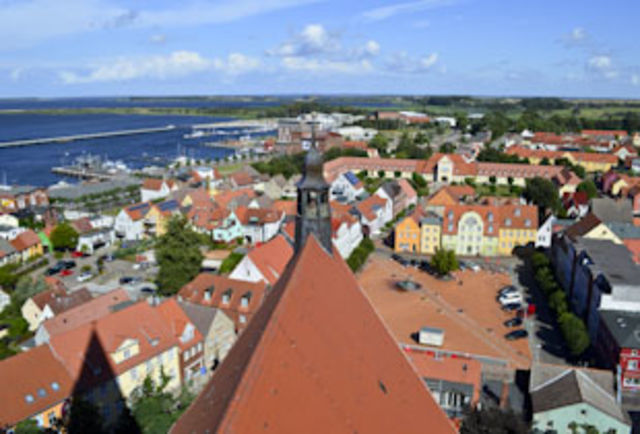 The small town has a mysterious past and might even be connected to the sunken city Vineta. 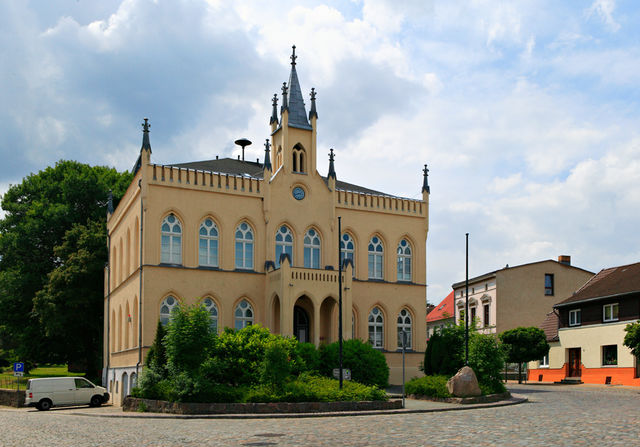 The color green is characteristic for Marlow, which is located in the middle of lush meadows.